Cunning Folk, A.K.A George Hoyle, is looking forward to releasing an album of songs about the land we live in. People have made parts of Britain into ritual landscapes: the video shows Cunning Folk walking through Wiltshire in high summer. West Kennett Long Barrow seemed an appropriate place to sing a song about Alfred Watkins. Before entering West Kennett Long Barrow it is advisable to show respect with a libation. A beer which you would really want to drink yourself is poured at the threshold in order to honour those whom have been here before.

Cunning Folk learned this ritual a few years ago when employed to install a sound art project in a catacomb in a London cemetery. None of the electrical equipment would work & the mp3 player was unresponsive for a number of days until a bottle of Old Thumper was bought & brought to the threshold of the catacomb whereupon it either leaped from the hand of it’s own accord & smashed, or was dropped by a nervous fellow hoping to appease restless bones. Whatever the cause of the falling bottle, the desired effect was achieved & the installation worked without hitch for the duration of the art project. 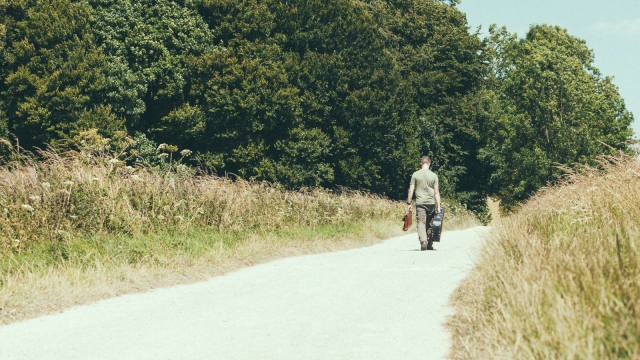