So the music on this little trailer for my talk on Thursday about the Lore Of The Sun is a snippet of my upcoming release, Always The Sun. It’s out on Friday & you can click on this link to hook it up to your Spotify/Deezer/Apple Tunes.

This is me performing ‘Always The Sun’ at Rough Trade East on Winter Solstice 2018. I was lucky enough to be asked to perform on a bill with Stick In The Wheel to celebrate the Solstice. I felt like writing a song for the day. It was the first draft. I really liked the words & some of the melody & some of the chords.

When I set out to record an album of magical & ritual songs in the summer of 2019 this one cropped up in my memory.

I sampled a little bit of the strumming from the Rough Trade performance & put it into Logic. Logic is the digital audio software I use. 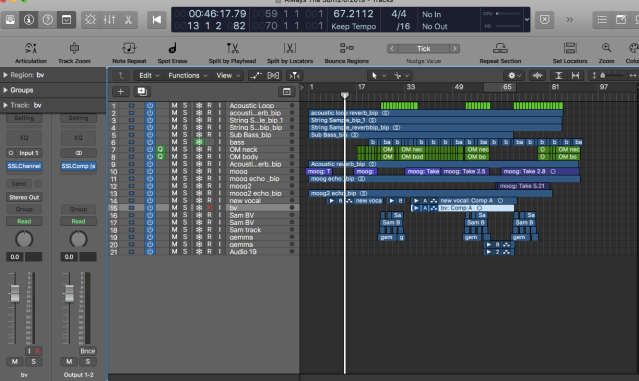 This is a screenshot of the multi-track recording. If you have eagle-eyes you may see that the first track is marked ‘Acoustic Loop.’ This is what remains of the original song arrangement.

Once I had the guitar loop I looked for musical element which fitted my dream of what the song could be. I wanted a sense of anticipation, a sense of ritual, a sense of pulse. I ended up not going with a percussive element to give the pulse, but with a string part.

I have always loved the Mellotron, the 60s tape-loop precursor to the sampler. I have a great virtual one which has amazing melodic patches if you hunt around for long enough.  (Producer tip: know your presets.) I found some beautiful strings & looped them.

I borrowed a Neumann U87 microphone from my friend Anu to record the lead vocal. It’s great to have friends!

The song needed voices which weren’t me on it so I asked Sam Kelly, who drums with me & who has a great voice, & Gemma Khawaja, who is a brilliant folk singer from Cromer. I recorded them in my living room, which is also my studio.

I love synthesizers & sound design. I’m good at making sonic textures but Olly Parfitt is a master at the Moog Synthesizer. I sat him down with a cup of tea & he recorded the synth lines live without ever having heard the track. I edited the best bits together from 2 takes!

Once I was happy with the production I got Ian Carter to mix it. Ian & Nicola Kearey are the driving force of Stick In The Wheel. If you haven’t heard them, click on this link to their website. They are one of the best creative forces in Britain right now. 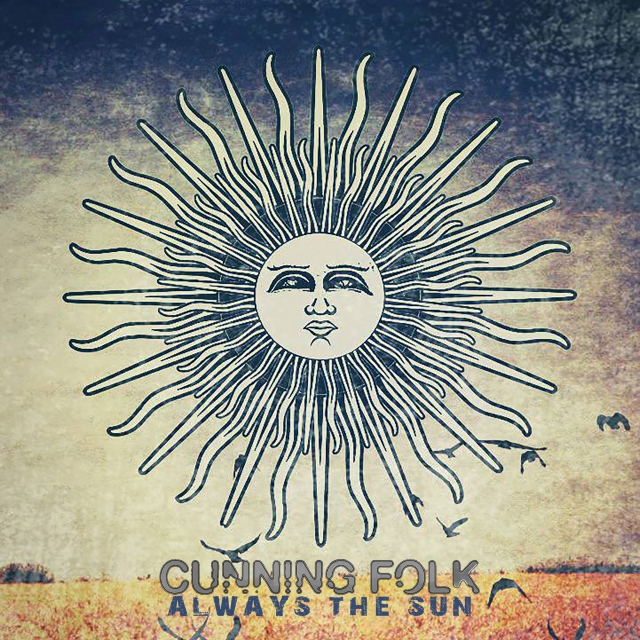 This is the cover. Thanks to Andy Paciorek of Folk Horror Revival for the image.

I’m really proud of the song.

It takes me between both Solstices in a never-ending journey across the sky. It remembers the Roman religion of Sol Invictus, the everlasting Sun. Solstice means ‘Sun stands still’; the appearance of the point at which the Sun appears to stand still, the seasonal motion of the Sun appears to stop before reversing.

On Summer Solstice Eve I’m usually to be found bivouacking with friends on the Wessex Ridgeway, listening to music, eating, drinking & smoking. It’s a special time to fall asleep under the stars before rising to see the dawn of the longest day from a beautiful hill. I’m not going to be able to do that this year but I am going to be performing an online Solstice Eve Ritual at 10pm. If you want to find out more click here.